One of the questions you’ll hear drivers and crew chiefs asked a lot this weekend at Dover is how the concrete track affects the racing.  Here’s how: 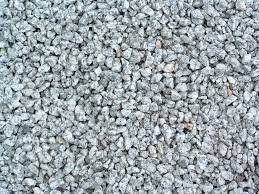 Concrete and asphalt are father and son.  They have in common what you and would call it “rocks”, but professionals call it “aggregate”.  Aggregate comes in a huge variety of types, depending on the materials from which the rocks are made, the quality of the material, the size of the rocks and the distribution of sizes of the rocks.

Concrete is an technically any mixture of aggregate stuck together with a binder.  The type of binder determines the properties of the concrete and even the color.

Concrete is the oldest engineered construction material, dating back to the Roman Empire.   The reason only parts of the Roman Colosseum and the Pantheon are missing have more to do with humans than the failure of the materials.  Today’s concrete is more than ten times stronger than the version the Romans developed.

The most common binder in the concrete used in roads, parking lots and sidewalks is Portland cement.  Portland cement (and its close relatives) are mixtures of  limestone and clay, which are crushed to a powder and heated to over 2700 degrees Fahrenheit.  This is the form you buy it in.  To use is, you reconstitute the dry powder with water, and the individual grains form calcium-silicate-hydrate (C-S-H) bonds that make a very strong glue.

Asphalt is a type of concrete, that uses bitumen — tarry black stuff — to hold it all together.   A typical composition for asphalt is 80% aggregate, 15% binder and 5% air voids.  Bitumen comes from the heaviest components of crude oil, and has the consistency of molasses (which is why it has to be heated before being used).   Because bitumen derives from oil, the price of asphalt changes with the price of oil.

But Which is Better?

As with most “which is better”, the answer depends on what you what to use it for.  The primary difference between asphalt and concrete is the rigidity of the two materials and how they distribute the load over the base on which they are laid.   The more rigid the pavement, the more the load is distributed over the surface when something like a car move over it.

Asphalt, which is more flexible (relative to concrete), transmits higher, more concentrated loads to the base, as shown below.  I’ve drawn the stress distributions in red.  The concrete spreads out the stress over a larger area, while the asphalt transmits stress to a narrows area.  The narrower area and the same load means that the stress is more concentrated.

Because concrete is stronger, asphalt has to be thicker to get the same rigidity.  Asphalt does have an advantage, however, in that its flexibility allows it to expand and contract with temperature changes with less cracking.  Even so, concrete lasts 10-15 years longer than asphalt.

Asphalt is the traditional material for paved racing surfaces.  Only three Sprint Cup tracks feature concrete:  Dover, Martinsville and Bristol.  They have in common that they are all tracks of one mile or less with significant banking.  (OK – you may not view the 12 degree banking at Martinsville as ‘significant’, but those 12 degrees are the reason the corners are concrete while the rest of the track is asphalt.  The stress on the pavement in the corners necessitated replacing the original asphalt with concrete.)

Dover is one mile with 24-degree banking and Bristol is a little more than a half mile with 24-28 degree banking.  The steep banking and the tight curves make keeping asphalt in good racing condition a challenge.  Having concrete also gives a track a unique character – as well as the opportunity to have a really cool monster statue outside.

The grip level can be very different between asphalt and concrete, depending on a lot of factors.   Concrete is inherently more grainy, and its surface can be patterned to create more grip.  Drivers talk about bumps in asphalt as being large and wavy, while bumps in concrete they describe as  more vibrational.  Concrete usually has to be laid down in sections, which means you can have those bumps like you find between slabs on a sidewalk.  The picture at left shows the Google Earth view of Dover’s surface and you can see the individual slabs.

The grip on an asphalt  track depends  on the type of aggregate used, the degree of wear and the character of the bitumen.

Concrete doesn’t wear as fast as asphalt and thus the grip level doesn’t change as much over long periods of time.

Would you believe that the color of the track makes a big difference in how the track races?

Light comes in a range of wavelengths from smaller than billionths of a meter to larger than billions of meters long.  Our eyes detect a very, very small fraction of that electromagnetic radiation in the nanometer (billionth of a meter) range.  From red to violet, the wavelength ranges from about 800 nanometers to 400 nanometers.  The light from the Sun contains a wide range of wavelengths, including ultraviolet light (UV) (which is smaller wavelength than visibile light), all the colors of the rainbow, and lots of infrared  (IR) radiation.

Our eyes don’t detect the UV or IR light – we see the mixture of all the different colors of light together, which makes white.  Artificial light (like fluorescent) generates a different mixture of wavelengths, which is why it looks different than sunlight.

You see the colors of objects because all materials absorb some wavelengths (colors) of light and reflect others.  When light hits a red object, as I’ve shown at left, all colors except red are absorbed and what comes to your eyes is just the red light.

In addition to the visible light, the spectrum from the sun includes the aforementioned ultraviolet  and infrared waves.  Infrared radiation has longer wavelengths than red light.  We don’t see it – we sense it as heat.  You’ll notice that the lamps they use to keep food warm always have a red glow:  they output some visible light, but they mostly output heat .  You will never see food being kept warm by blue light.

How is all this relevant to a racecar?

Put a piece of black paper and a piece of white paper in the Sun and feel their surfaces after a few hours.   The black paper absorbs a lot of the radiation from the Sun and gets very warm.  The white paper doesn’t absorb as much of the Sun’s energy (although it does absorb some), so it stays relatively cooler.  If you measure the temperature of a track over the course of a race, it can change by tens of degrees depending on the weather.

One effect of the changing temperature is how hot the tires get.  If the track is 60 degrees vs. 120 degrees Fahrenheit, that generates a very noticeable level of change in the grip.  But even more importantly, bitumen (the binder in asphalt) is a petroleum product.  As the temperature rises, oils in the bitumen get warmer and make the track more slippery.   Portland cement is crushed-up rocks which (when dry) are not slippery at all.

The Nature of Friction

There are two types of friction .  The first, called abrasive friction, is the one you learned about in school.  This is the type of friction between sandpaper on a wood block.  The second kind (which I never know about until I wrote The Physics of NASCAR) is adhesive friction, which is the molecular-level stickiness of the track combining with the molecular-level stickiness of the tires.  The heat generated by the tires makes the topmost layer of the track gooey.  The outermost layer of the tire also becomes gooey, resulting in an effect very much like chewing gum stuck on your shoe on a hot sidewalk.  The gooeyness of the track  bonds with the gooeyness of the tires for microseconds and resists forward motion.  That’s grip.

The nature of adhesive friction on asphalt is very different than on concrete because the two materials are so very different.  Concrete has much less adhesive friction.  This doesn’t change the grip level so much (because the abrasive frictions are different) – however, it does make a big difference in what happens when you lose grip. Think about sticking a weight to a piece of wood with gum.  The asphalt surface would be really sticky gum and the concrete surface would be dried up, not-very-sticky gum.  If you turn the wood so that the surface is vertical, the stickier gum is going to hold better.

In terms of a racecar, Mark Martin pointed out:

“… when you lose grip on a concrete surface, you feel like you just got cut loose from a rope. It’s amazing. It’s like losing half of your grip, rather than about 20 or 30 percent that you lose on asphalt.”

All the drivers’ intuitions that are developed on asphalt – which comprise the vast majority of NASCAR tracks – are thus challenged when they drive on concrete.

So there you have it – not necessarily better or worse, just different.

For those of you who have noticed the blog has been quiet the last two weeks, it’s because my older cat, Chaos, was very ill and finally passed away last Sunday. She was my race-watching buddy, although I have to admit that she usually fell asleep somewhere around lap 25 and woke up just in time to see the last 30 laps or so.

I miss her all the time, but I will especially miss her on raceday when she liked to compete with my computer for lap space.

Every year about this time, someone grumbles that The Chase needs a road course. The frequently-cited rationale is that the regular NASCAR season has two, so a champion should prove he or she can perform […]

Can You Really Bring Back the “Same” Car? (Or the Same Track?)

Every week we hear at least one driver say that they are bringing back “the same car we raced at…”.  This is a little misleading because — unlike Indy or ALMS racing — each shop […]

NASCAR 2018: The Year in Charts and Graphs

This is the time of the year when everyone takes one final look back at the last year before turning to think about the new one. So, in this last blog of the year, I thought I’d summarize the season in charts and graphs. […]